What to make of the unprecedented Osweiler trade – ESPN

By on March 10, 2017Comments Off on What to make of the unprecedented Osweiler trade – ESPN

The Cleveland Browns and Houston Texans completed a stunning trade Thursday, and it might be one of the rare moves in which both teams win. Houston hit the reset button on their disastrous decision to sign Brock Osweiler last offseason, sending the embattled quarterback to Cleveland along with a 2017 sixth-round pick and a second-rounder in the 2018 draft for a 2017 fourth-rounder. If the math seems off to you, well, you’re not going crazy: A second-rounder is worth more than a fourth-rounder. The debate over how much a second-round pick is worth in a vacuum may be what ends up deciding whether this trade was a good idea.

In December, I suggested the Browns make this exact sort of trade with the Texans in what essentially amounted to buying a draft pick. I won’t pretend that I expected it to actually happen. While this sort of salary dump is common in other sports, there’s never really been an NFL deal that was as nakedly about getting rid of a contractual albatross as this one.

With a deal as puzzling and unprecedented as this one, there are plenty of questions to ask. Let’s get to the key ones and figure out why this made sense for both parties.

Why did the Texans make this trade? 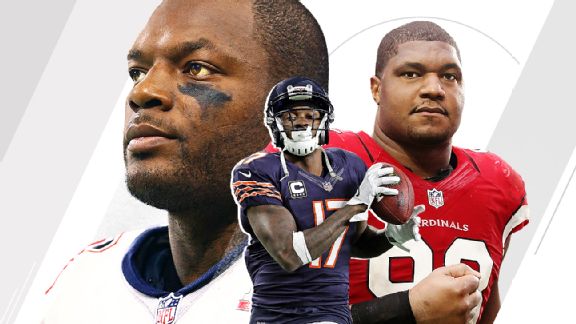 Naturally, nobody wants to pay the wildly frustrating Osweiler $16 million in 2017, including the Texans. So, if Houston wanted to clear out cap room to make a run at Tony Romo, they needed to sweeten the pot and make Osweiler part of a more compelling package. Draft picks are the easiest way to do that, which is why they sent out more in picks than they received.

Why did the Browns make this trade?

The Browns love draft picks. The vast majority of decisions the Browns have made since hiring Paul DePodesta as chief strategy officer and promoting Sashi Brown to general manager have been about acquiring more draft picks. While this is correctly associated as an analytics tenet, amassing draft picks at the beginning of a rebuild is hardly some newfangled nerd concept. Jimmy Johnson compiled draft picks as he rebuilt the Cowboys in the late 1980s and early 90s, most notably in the Herschel Walker trade. Ted Thompson stockpiled picks as he turned over the Packers roster. Bill Belichick trades for more draft picks than anybody else in football. You get the idea.

The Browns have been more obvious about their interest in picks than even those teams, and they’ve clearly placed value on targeting future selections. They repeatedly traded down and/or for future selections during last year’s draft and let useful free agents like Mitchell Schwartz and Tashaun Gipson leave while grabbing compensatory selections. While they used one of their selections to acquire Jamie Collins from the Patriots, the Browns entered the day with two first-rounders, two second-rounders and two fourth-rounders in this year’s draft and had two second-rounders and two fourth-rounders in the 2018 draft. Here’s where they stand now:

This is right in line with Cleveland’s philosophy, and all they had to give up was money. Sounds simple, right?

Is this a good deal for the Browns?

Well, here’s where it gets tricky. The underlying logic for the Browns — buying a draft pick — makes sense. The specifics aren’t quite as impressive for Cleveland. Let’s start with the value of the picks they acquired. The Browns are likely using a draft chart similar to the one generated by Chase Stuart at Football Perspective, which does a much better job of reflecting actual return than the traditional Jimmy Johnson chart.

Start with the picks. Cleveland sent the 142nd pick to the Texans for Osweiler, the 188th selection, and a 2018 second-rounder. We don’t know where the Texans will finish, obviously, but the fairest assumption would be that they will go 8-8 and hold the 17th pick in the second round, which would be pick 49. Trading 142 for 188 and next year’s 49th pick generates 8.1 points of draft capital, which is equivalent to the 64th pick of the draft. That’s the very last selection of the second round, the worst second-rounder available.

Is the 64th pick worth the $16 million the Browns will have to pay for Osweiler? No. While players like Dwayne Allen and Randall Cobb have been taken with the 64th pick in recent years and delivered plenty of surplus value on the relatively low rookie contracts they were assigned, those draft picks don’t always hit. Cobb might have been worth $16 million in surplus value, but the average return on that pick doesn’t approach $16 million. Research by Cade Massey and Richard Thaler and ESPN’s Brian Burke suggests that these Day 2 picks are the most valuable ones in the draft, but even they don’t come close to the salary the Browns picked up on Osweiler.

There’s another part of the equation, though. In a world where Mike Glennon is getting $15 million per year, Osweiler’s worth something, either to the Browns as a quarterback or as a trade asset. Even given his dismal performance in Houston last year, Osweiler profiles as a competent backup with superior upside to guys like Matt Schaub and Chad Henne. Schaub just got $9 million over two years. (Think about the ups and downs of quarterbacks like Jay Cutler if you’re assuming Osweiler is totally useless.) The league clearly thought Osweiler was better than Brian Hoyer, and Hoyer just picked up $12 million (with incentives making it worth $18 million) over two years from the 49ers.

It’s unclear whether Osweiler has offset language in his contract, but if the Browns are really as open to releasing him as they’ve publicly suggested, I suspect he does. Let’s say Osweiler is worth $6 million on the open market. That would mean the pick would cost the Browns $10 million instead of $16 million. I still think that’s more than I would have wanted to pay for the 64th pick, but it’s hardly a ridiculous sum of money given how much cap space the Browns have to work with. I’ve read takes suggesting it’s an obvious win for the Browns and a stupid valuation mistake, and it’s neither. It’s probably a little bit of an overpay.

Now, the Browns may not be done. They are reportedly trying to flip Osweiler to a team in need of a quarterback to try to acquire another draft pick, eating money in the process. The Jets, and even Osweiler’s old flame, the Broncos, could be in line for that sort of deal. Cleveland could convert $10 million of Osweiler’s base salary to a signing bonus, pay him up front, and then deal Osweiler with a new base salary of $6 million to a new team for another selection.

Let’s say they deal Osweiler and the 185th pick in this year’s draft to the Broncos for the 101st pick, the third-rounder Denver picked up as a compensatory selection. That would add 3.8 points of draft capital to Cleveland’s haul while taking $6 million for Osweiler off of their books. In all, they would have paid $10 million while generating draft capital roughly equivalent to the 35th pick of the draft, a high second-round pick.

That’s much more reasonable, but I’d be worried that the Browns won’t be able to make that sort of move for another reason …

Is any of this legal?

It’s unclear. The NFL doesn’t allow teams to trade players for cash, defining it as conduct detrimental to the league and subject to disciplinary action. Teams are not allowed to make trades for past, future or nominal considerations, although future draft selections are obviously allowed.

This trade falls into a gray area. Precedent suggests that NFL teams are allowed to make trades that are lopsided on their face by virtue of the discount many teams place on future selections. The 49ers couldn’t trade the 66th pick in this year’s draft to the Buccaneers for the 50th selection, as it would obviously look fishy, but nobody would raise an eyebrow if San Francisco traded the 66th pick to the Bucs for a 2018 second-rounder. Tampa’s second-rounder obviously can’t fall any lower than 64th even if they win the Super Bowl, so the 49ers are guaranteed to get a superior pick, but the 2018 pick is seen as less valuable because the 49ers won’t get it for 12 months.

It’s no accident that the Browns picked up a 2018 second-rounder as part of this deal in lieu of a 2017 selection. It gives them ammunition in justifying the trade to the league as a reasonable trade for assets. Trading a fourth-rounder for a sixth-rounder and a future second-rounder is more of a discount than most, but it’s way less damaging of a move than trading a future first-round pick for a second-round pick in the present draft, and teams have made that move plenty of times in years past. I don’t think the league will prevent this deal from going through, but I wouldn’t be surprised if they suggested (publicly or privately) to the Browns and the rest of the NFL that future deals in this vein are likely to be vetoed.

If anything, I suspect that the Browns might have been artificially constrained in terms of how much compensation they could credibly receive from the Texans before the league would have stepped in and declared this to be a pure salary dump. I suggested that they would have needed a first-round pick as part of a package to justify absorbing Osweiler’s salary. If there was precedent this would be accepted as a legal move by the NFL, I think the Browns would have insisted upon another midround pick to help ease the cost of eating millions of dollars in salary.

Why haven’t teams done this before?

Although this is the first time NFL teams have executed a trade in this manner, I’ve spoken to executives in several NFL organizations who have had discussions about this sort of swap with other teams. In each of the previous cases, the talks had either failed to result in a serious offer or one of the teams had pulled out. It’s a tough sell on both sides: one team is trading away a draft pick and admitting failure, which is a pretty enormous PR hit, while the other team has to convince its owner to throw millions of dollars away for a draft pick that may not turn into anything.

This was a perfect storm of opportunity. The Texans were so disgruntled with Osweiler that their fans wouldn’t bat an eye at general manager Rick Smith trading away a draft pick to move on after one season, especially if it meant a shot at acquiring a far superior quarterback. And the Browns have placed such a significant value on draft picks that they were able to convince owner Jimmy Haslam to shell out $16 million for what might only be a second-round pick. This isn’t necessarily a new idea, but it’s probably not going to happen very frequently.

The Browns, as mentioned, may try to flip Osweiler for another pick. They could release the Arizona State product or keep him on their roster, given that they’re likely to release Robert Griffin and would otherwise be down to Cody Kessler and Kevin Hogan under center. The Texans, meanwhile, suddenly have cap room. They’ll be able to apply $16 million toward a new quarterback, and with nearly $40 million in room, they become the favorites to land Tony Romo while still saving money to shore up their defense at defensive tackle and safety. In the long run, a trade that seemed bizarre on its face makes sense for everyone involved.

What to make of the unprecedented Osweiler trade – ESPN

What to make of the unprecedented Osweiler trade – ESPN added by on March 10, 2017
View all posts by →