San Francisco city administrators added South Dakota to a list of states to which their employees are banned to travel using city or state funds following the approval of a bill they view as discriminatory.
Wochit 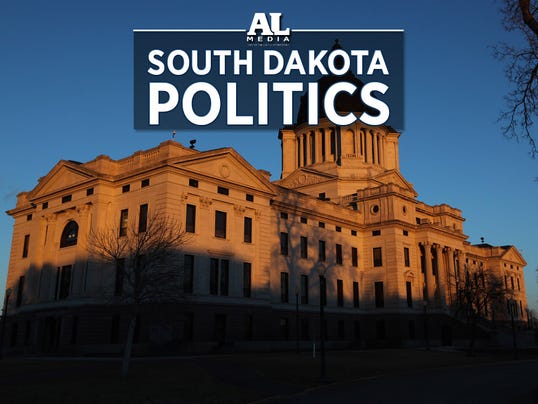 South Dakota has made the travel ban list for San Francisco city employees following the passage of a bill that provides protections for religious or faith-based adoption agencies that deny child placement to unmarried or same-sex couples.

A spokesman for the San Francisco city administrator said employees will be barred from traveling on state or city-subsidized business to South Dakota or from contracting with South Dakota businesses as part of an ordinance blocking travel to states that approve legislation that discriminates against LGBT people.

The state of California is considering a similar move, which would prevent state-subsidized travel to the Mount Rushmore state by state employees, boards, commissions, university employees and others and could block new contracts with South Dakota businesses, a spokesperson for California Attorney General Xavier Becerra’s office said Monday.

California lawmakers in 2015 approved legislation that said, “California must take action to avoid supporting or financing discrimination against lesbian, gay, bisexual and transgender people.” They advanced a bill that blocks travel to states that pass legislation that removes or rolls back the rights of LGBT people following the U.S. Supreme Court’s 2015 decision recognizing the rights of same-sex couples.

Four other states have made the restricted travel list in California as well as San Francisco. Those include Kansas, Mississippi, North Carolina and Tennessee.

Gov. Dennis Daugaard signed Senate Bill 149 earlier this month, saying he thought it would help shield private adoption agencies from lawsuits based on their policies established on “sincerely-held beliefs” and would retain resources in the state.

Religious groups and private adoption agencies celebrated the Republican governor’s decision, while civil liberties groups and LGBT advocates said it opened the door to discrimination and could land the state in court.

It’s not immediately clear what financial impact the travel policies could have on South Dakota. Daugaard’s office on Monday said that the bill wouldn’t lead to unfair treatment of LGBT people or others.

“Neither the state nor any agency with a state contract discriminates in adoptions or foster care,” said spokeswoman Kelsey Pritchard.

David Owen, president of the South Dakota Chamber of Commerce and Industry, on Monday said he wasn’t sure that San Francisco or the state of California’s moves to block travel to South Dakota would have a profound impact on South Dakota businesses.

He said the chamber opposed a 2016 bill that would have barred transgender students from using the bathroom that matches their gender identity if it’s inconsistent with their biological sex at birth because it could have had serious economic impacts on the state. Among them, he said, would be the loss of large tournaments like the Summit League championships. Daugaard vetoed that bill and a similar version was quickly tabled in the Legislature earlier this year.

“It’s nowhere near as great an impact as the NCAA saying they’re not going to let you host a tournament,” he said. “It’s not in the same league.”

The move to block travel to certain states comes amid a trend of state Legislatures and city governments opting not to spend taxpayer dollars in states that pass legislation at odds with their views on LGBT rights and other issues.

“This fits the mold of the politics of the times,” Owen said. “It’s a fine line when we look at these policies and these threats … at some point you have to look at each bill in the context of your own state politics.”

How Trump’s budget would hit home in South Dakota