By admin on March 2, 2017Comments Off on Palmyra: Syrian forces ‘enter’ IS-held town

Syrian government forces have entered the ancient city of Palmyra, pushing back militants from so-called Islamic State (IS), activists say.

The troops and their allies, backed by Russian air strikes, have reportedly seized part of a neighbourhood in the west of the city.

The jihadists recaptured the Unesco-listed archaeological site in December from government forces.

Parts of the ancient city have been destroyed by the militants.

There were clashes and heavy shelling across the historic city as the offensive unfolded, the UK-based monitoring group Syrian Observatory for Human Rights said.

A media unit run by the allied Lebanese Hezbollah movement said earlier that the pro-government forces had reached the citadel, which sits on a hill overlooking the famous Roman-era ruins.

See the damage to the ancient ruins 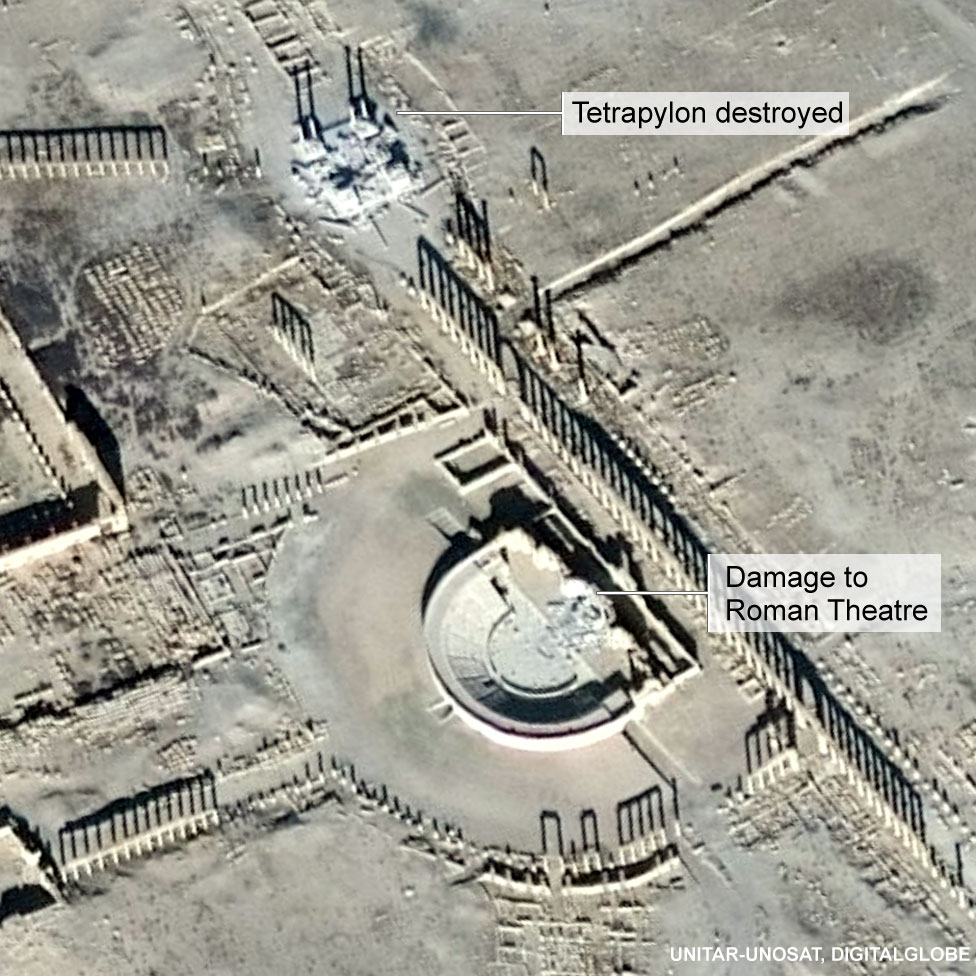 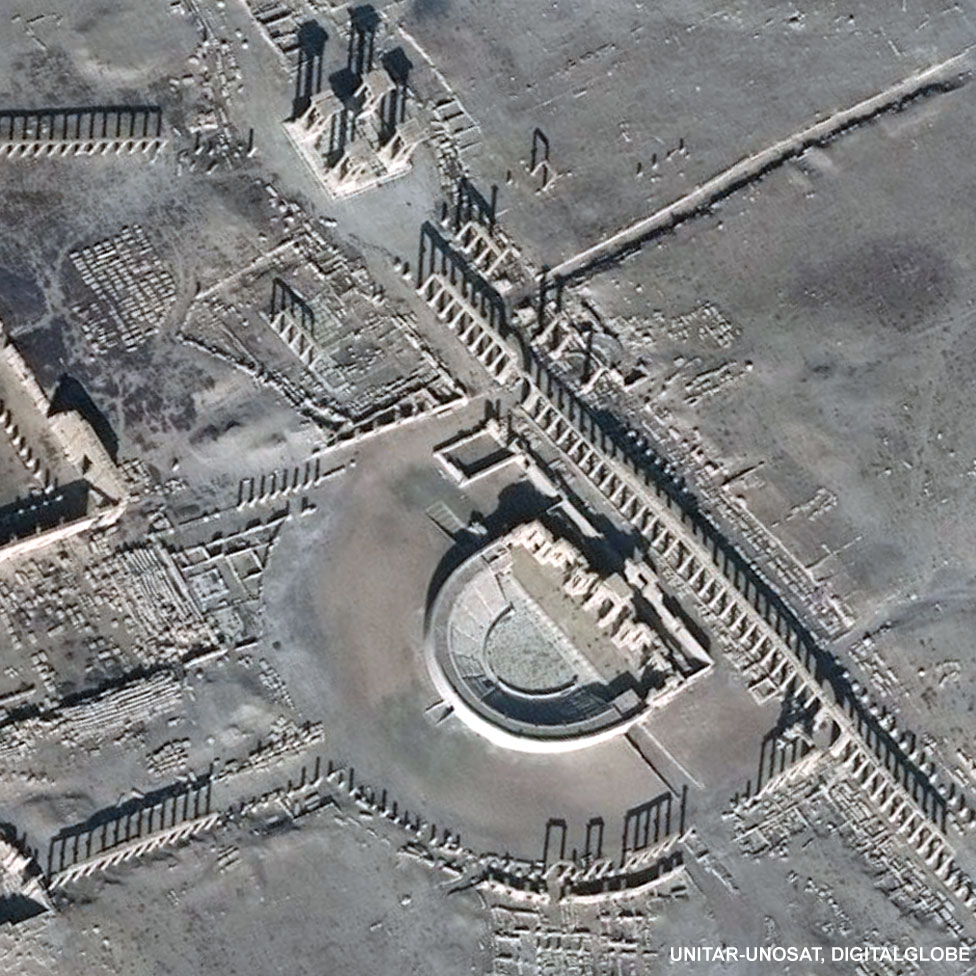 IS held the ruins and the nearby city, known locally as Tadmur, for 10 months after seizing it for the first time in May 2015. It blew up temples, burial towers and the Arch of Triumph, believing shrines and statues to be idolatrous.

They also destroyed the Temple of Bel – the great sanctuary of the Palmyrene gods – which had been one of the most important religious buildings of the 1st Century AD in the East.

The militants were then forced out by a Russian-backed government offensive in March 2016, but regained control while pro-government forces where focused on battling for the city of Aleppo late last year.

In January, satellite images revealed that the group destroyed the tetrapylon – a group of four pillared structures which were mainly modern replicas – and part of the Roman Theatre.

Meanwhile, the US said positions held by the their allies of the Syrian Arab Coalition were bombed by Russian and Syrian aircraft near the IS-held town of al-Bab, in northern Syria.

“I believe they thought were held by ISIS, yet they were actually – on the ground – were some of our Syrian Arab coalition forces,” Lt Gen Stephen Townsend told reporters, using an acronym for IS.