Canada asked to both help and negotiate with UK amid 1st-ever Commonwealth trade talks – CBC.ca

By admin on March 2, 2017Comments Off on Canada asked to both help and negotiate with UK amid 1st-ever Commonwealth trade talks – CBC.ca

The United Kingdom is turning to traditional partners like Canada for help as it prepares to withdraw from the European Union and do something it hasn’t done in decades: negotiate its own trade deals.

A first-ever Commonwealth trade ministers meeting next week in London could kick off negotiations to bolster the British economy once it leaves the privileged EU zone.

Trade collaboration across the Commonwealth has been “a dream from Thatcher onwards,” University of Cambridge trade law expert Lorand Bartels said — and now a possible alternative to the EU.

Could it be more than a dream?

If Canada wants to avoid losing its largest European trading partner, it could soon find itself haggling across the table in post-Brexit talks.

International Trade Minister François-Philippe Champagne will attend the inaugural meeting of an expected 30 trade ministers March 9 and 10 in London. Business leaders will be there too.

The Commonwealth has never focused on formal trade co-ordination. The British didn’t used to be keen.

But research prepared in 2015 when Malta hosted the heads of government meeting suggested that shared language, values, institutions, and legal and regulatory systems make trade between Commonwealth countries 19 per cent cheaper for businesses.

The U.K. hosts next, in 2018. As its Conservative government prepares to leave the EU, it’s finding the Commonwealth more important than ever.

Brexiteers muse about the potential of free trade across the Commonwealth.

“There are too many countries [52] with too many different interests,” he said. “There’s no way that you could possibly have a free trade agreement that would satisfy them all.

“There’s a reason why this hasn’t happened before.” 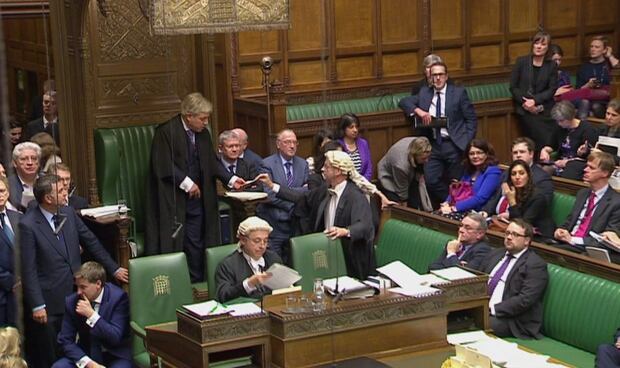 The British House of Commons voted in favour of a bill authorizing the start of European Union exit talks last month. It’s unclear what this will mean for Canada’s newly ratified trade deal with the EU. (Associated Press)

There are plenty of other things to talk about, too. Just as the U.K.’s entry into the EU zone disadvantaged traditional trading partners, some will lose again when it leaves.

Take Caribbean countries, which export goods for intermediate processing in the U.K. before entering the EU.

“They’re going to get totally screwed,” Bartels said. The U.K. is under pressure to get the EU to preserve this kind of access.

Canada might hope to grandfather as much of its newly ratified Comprehensive Economic and Trade Agreement as possible so it still applies to a post-Brexit U.K. The EU may not agree.

British Prime Minister Theresa May intends to serve notice of the U.K.’s withdrawal from the EU before the end of this month. Her government is scrambling to prepare, and it knows it needs help.

A headhunter is scouting for a chief negotiator. The Guardian newspaper reported last month that the salary on offer is more than the prime minister gets paid. Other postings are up for more trade lawyers, at more modest salaries.

Last week, Greg Hands, the minister responsible for trade and investment, invited Commonwealth trade negotiators to spend time in the U.K. on secondment. A New Zealand expert is confirmed, with more help from Australia and Canada to follow, he said.

“We have significant trade negotiations expertise that are in demand right now, but nothing has been concluded in terms of secondment,” Joseph Pickerill wrote to CBC News. 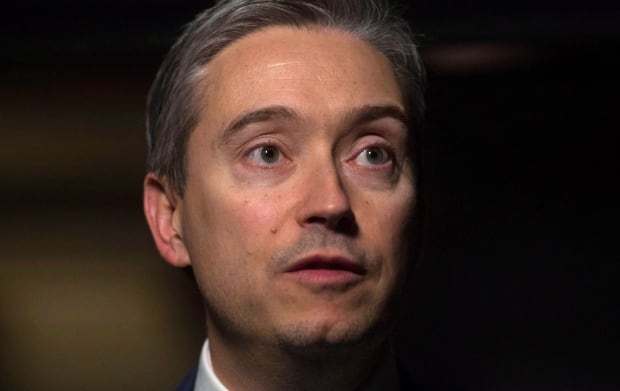 “Canada doesn’t want to lose their top people and the British I don’t think would be able to fully trust them,” said Bartels.

While the U.K. is unlikely to use foreign negotiators at the table, conflicts of interest could arise even when offering advice.

Then there’s the fact that like Canada, Australia and New Zealand are bound up in their own deal making with the EU.

“I’m pretty sure the instructions in Brussels are: don’t talk to [the U.K.] or it’s off with us,” Bartels said.

Bilateral negotiations between the U.K. and Canada would be “premature” before the terms of Brexit are determined, Champagne’s spokesperson said.

.@MalmstromEU: “First exit, then we start to discuss the next phase. We will not discuss the trade agreement in parallel.”

It has not gone unnoticed that Canada isn’t putting all its eggs in one basket, said Allie Renison, head of Europe and trade policy for the U.K.’s Institute of Directors.

The British business leaders the IoD represents say by a margin of 5-1 that the U.K.’s negotiations with the EU are more important than negotiating other new deals.

“Canada has struck a balanced approach,” she said.

Beyond the U.K., Canada shares trade ambitions with other Commonwealth countries.

The TPP won’t proceed in its current form, thanks to the departure of the United States. Talks later this month in Chile will grapple with what happens next.

But what India may want from Commonwealth talks is exactly what the U.K.’s current government may oppose: worker mobility.

Renison suggests some kind of commitment on worker visas or other voluntary standards may be more realistic outcomes from next week’s talks than a full-blown trade deal.

Canada asked to both help and negotiate with UK amid 1st-ever Commonwealth trade talks – CBC.ca

Canada asked to both help and negotiate with UK amid 1st-ever Commonwealth trade talks – CBC.ca added by admin on March 2, 2017
View all posts by admin →