By on March 27, 2017Comments Off on Why each Final Four team will (or won’t) walk away with the title – ESPN

After a four-month stretch of chaos, followed by a three-week period of surprises — um, South Carolina is in the Final Four, y’all — the 2016-17 season will end at the Final Four at University of Phoenix Stadium in Glendale, Arizona, in one week. This is not 2014-15 with a stacked, undefeated Kentucky squad blazing into Indianapolis with Karl-Anthony Towns and Devin Booker. This is not 2013, when most rightfully assumed the same Louisville squad that lost to Kentucky in the 2012 title game would win the crown that year in Atlanta.

Every team in Glendale is soaring now, but the rocky chapters of their seasons prove they’re far from insurmountable.

Without an overwhelming powerhouse among the remaining teams, anything can happen.

And if you don’t believe that, ask the Villanova and Duke squads that went home before the Sweet 16. Or the two teams, South Carolina and Gonzaga, in the Final Four for the first time.

This scrappy South Carolina team could win its first national championship. And this skilled Oregon squad could win a title for the first time since 1939, even though they’re missing Chris Boucher. North Carolina looks like North Carolina again, which means Roy Williams could grab his third ring. Gonzaga? Mark Few’s program can finally eliminate all doubters with a run to the podium on Monday night.

So what are the strengths that could propel these squads to a title — and what are the weaknesses that may hold them back?

Why Oregon will cut the nets down: because of Jordan Bell‘s versatility
The Final Four is full of star athletes who can create shots and impact the game with their playmaking abilities. That’s, in part, how these teams reached this point. But teams that win the national championship often boast a player who affects the rhythm of a matchup without dominating the ball. That’s Jordan Bell, the most versatile player in the Final Four. He’s a smart offensive player who collects putbacks, dunks and layups, and he’s also one of the most disruptive defenders in the country. His eight blocks against Kansas established an NCAA tournament record for a Pac-12 player. Kansas struggled inside (5-for-19 on contested shots in the paint, per ESPN Stats & Info) because Bell protected the rim. He’s a unique player who can guard multiple positions. Every remaining team has strong guards. Only Oregon has Jordan Bell.

Why Oregon will leave Glendale without a championship: because this is when they’ll miss Chris Boucher
During a semifinal win in the Pac-12 tournament, Oregon’s Chris Boucher suffered a season-ending knee injury. The 6-foot-10 forward had averaged 11.8 PPG, 6.1 RPG and 2.5 BPG before the torn ACL. Yet, the Ducks rumbled to the Final Four, the team’s first trip in 78 years. But the teams they beat to get here — Iona, Rhode Island, Michigan and Kansas — all presented favorable and similar, guard-dominated schemes. Oregon’s guards can play with any college team in America. But North Carolina’s size is a tremendous advantage against Oregon, especially with Boucher out. Gonzaga would be a handful, too. Against Kentucky, the Tar Heels won the battle in the post with 34 points in the paint to the Wildcats’ 26 in Sunday’s win. So the Ducks will need all the big bodies they can muster. They could suffer from Boucher’s absence in the Final Four.

Why North Carolina will cut the nets down: because they’re unstoppable in the paint
North Carolina is the most dominant program in the Final Four. Sunday’s effort against Kentucky offered an abundance of evidence to support that idea. The Tar Heels, ranked first in offensive rebounding rate, scored 34 points in the paint against Kentucky, the highest tally the Wildcats had surrendered in the NCAA tournament. 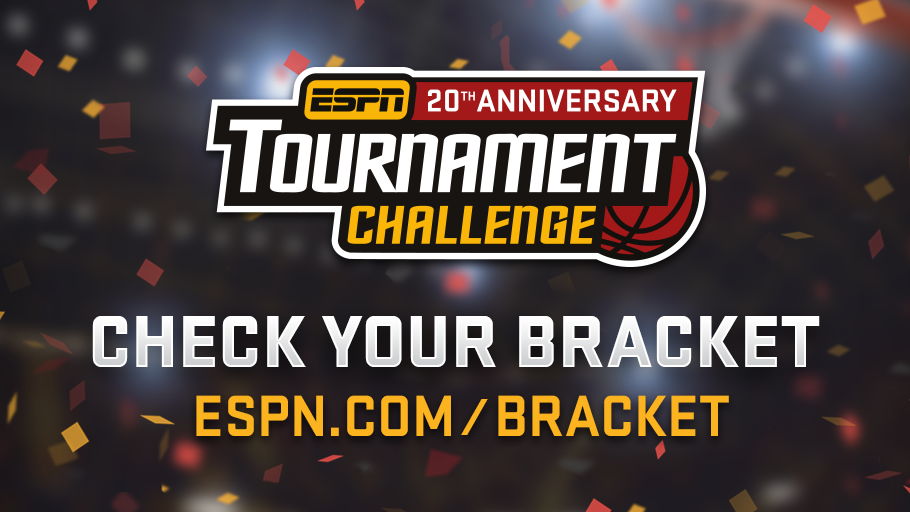 Playing Tournament Challenge? Don’t forget to check your brackets! Bracket busted? We have you covered with a Second Chance Bracket!

They also missed 12 of their 15 3-point attempts in the game. That’s often a problem for most squads, especially against a talented team like Kentucky. But North Carolina just relied on its inside presence. The Tar Heels made 56 percent of their shots inside the arc. Even if shots from beyond the arc aren’t falling, UNC knows it can collect second-chance points and still impact the game. Plus, Kentucky missed 18 shots in the paint, according to ESPN Stats & Info.

So those big bodies dictate the action on both ends of the floor. North Carolina’s post presence might overwhelm the remaining contenders.

Why North Carolina will leave Glendale without a championship: because we know Joel Berry II is not 100 percent
After Sunday’s game, Roy Williams revealed his efficient point guard had not only sprained his ankle against Kentucky, he’d sprained the other ankle in practice on Saturday. Williams said Berry couldn’t jump around and celebrate with his teammates because he had “two bad ankles.”

Berry has wrestled with injuries throughout the postseason. And he’s soldiered through the pain.

But he’s been playing 30-plus minutes per game for five months. Can he make it through two more games?

Even though he returned to Sunday’s matchup against Kentucky after suffering a sprained ankle in the first half, Berry’s lateral quickness had clearly been compromised. He finished 4-for-12 in the game.

When he’s off the floor, North Carolina averages a modest 1.05 points per possession. When he’s in the game, however, the Tar Heels average 1.22 PPP, according to HoopLens.com.

Williams needs the veteran to stay on the court. And that might not happen due to lingering injuries.

Why South Carolina will cut the nets down: because they’re a superb defensive team
The Gamecocks continue to demonstrate why they’re ranked second in adjusted defensive efficiency on KenPom.com. They held Baylor to just 50 points and 0.76 PPP. They held Duke’s Luke Kennard, Grayson Allen, Matt Jones and Frank Jackson to a combined 4-for-11 clip inside the arc and 8-for-23 mark from beyond the arc.

Florida made just 31.4 percent of its shots from the field against South Carolina in the second half of their Elite Eight game. The Gators also missed all 14 3-point attempts after halftime.

Frank Martin has a group of big, physical guards and forwards who aim to make every shot a difficult attempt. They can lock down any team in Glendale, Arizona.

Why South Carolina will leave Glendale without a championship: because the Gamecocks can’t match the elite offenses in the Final Four
North Carolina (sixth), Gonzaga (14th) and Oregon (16th) are all ranked among the top-20 in Ken Pomeroy’s adjusted offensive efficiency rankings. South Carolina is ranked 105th.

The Gamecocks, fueled by the heroics of Sindarius Thornwell, have found the offense to beat an impressive slate of opponents in the NCAA tournament.

But they also finished 3-6 in the nine games entering the NCAA tournament. They lost to Alabama twice in that stretch and scored just 53 points against Avery Johnson’s squad in their SEC tournament loss.

On the season, they’re connecting on just 33.3 percent of their 3-pointers and 46.1 percent of their shots inside the arc. If South Carolina ever regresses to the mean of its season on offense, it will not win a national championship in this field of elite scoring units.

Why Gonzaga will cut the nets down: because their depth will help them navigate adversity
At some point, every team chasing the national title will face drama. Perhaps early foul trouble or injuries or a cold night.

The teams that overcome those challenges advance and become champions. Gonzaga is the most equipped team in the Final Four to weather adversity.

With a legit nine-man rotation, Mark Few knows he has a roster that can handle the unforeseen challenges standing between his program and a ring. Zach Collins continues to excel off the bench. Silas Melson can give Gonzaga quality minutes in a reserve role, too. Against West Virginia in the Sweet 16, Nigel Williams-Goss and Jordan Mathews struggled, so Johnathan Williams and Przemek Karnowski played big and the Bulldogs won.

The unknown is usually the fear with any team in this situation. But Few should be confident in his team’s ability to maneuver through any difficulty.

Why Gonzaga will leave Glendale without a championship: because the other teams in the Final four are bad matchups for the Bulldogs
Matchups matter.

We all know that.

And Gonzaga must overcome the most difficult matchups of the year to win a national title.

South Carolina’s Sindarius Thornwell is a 6-foot-5, 211-pound mauler who can steer Nigel Williams-Goss around the floor, limit penetration and force turnovers against him. Williams-Goss finished 2-for-10 against West Virginia’s pressure and the Bulldogs nearly lost that game.

Oregon’s big guards would attack Gonzaga’s perimeter players, too. And Jordan Bell, who recorded eight blocks against Kansas, would make Przemek Karnowski uncomfortable. Plus, the Ducks are a unique team to guard because they’re so fluid and interchangeable on offense.

Then, there’s North Carolina, the nation’s most dominant team in the paint. Against Kentucky in the Elite Eight, the Tar Heels drew Bam Adebayo into early foul trouble with a relentless fury in the paint. Could Gonzaga handle that?