By on March 16, 2017Comments Off on Travel Ban Adds Stress To ‘Match Week’ For Some Doctors – NPR 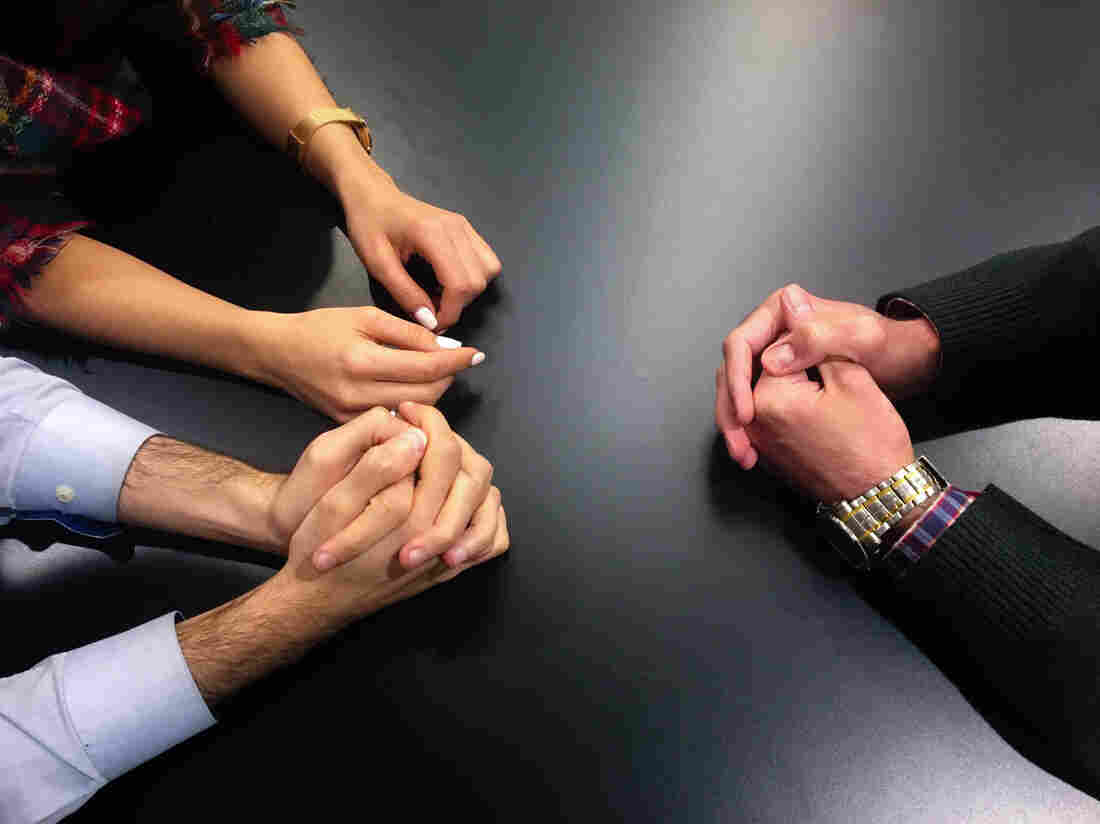 These young Iranian doctors, now doing postgraduate research in Philadelphia, have applied to medical residency programs in the U.S. They, and residency programs, worry the recent White House visa constraints could make it hard for them to start work July 1.

These young Iranian doctors, now doing postgraduate research in Philadelphia, have applied to medical residency programs in the U.S. They, and residency programs, worry the recent White House visa constraints could make it hard for them to start work July 1.

Dr. Amin Rabiei knew he wanted to work in medicine from an early age. When he was growing up in Iran, he watched his dad experience seizures and his mom struggle to help. Rabiei went on to medical school in Iran, then practiced at a rural clinic there, all the while working toward an important career point that culminates Friday: getting matched to a medical residency training program in the United States.

“I decided to come here to have better opportunities for research and clinical education,” says Rabiei, who is already in Philadelphia on a research visa doing postdoctoral research at Thomas Jefferson University. His ultimate aim? “Hopefully to share this information and these skills for the people who need this in the undeveloped countries.”

Rabiei hopes to train in neurology with a focus on epilepsy. For international medical graduates like him, becoming eligible for residency training in the U.S. is a rigorous process that can take years of planning, financing and work. In general, landing one of these coveted spots, a requirement for anyone aspiring to train and practice medicine in the U.S., is already competitive; about 32,000 slots are available to an applicant pool of 42,000. Last year, about half the applicants from outside the U.S. were successful in getting a match.

But now, as Rabiei braces for the day when these decisions are released, he and others worry that the recent White House executive orders on immigration have further diminished their chances of getting a match.

“It is a valid concern,” says Dr. William Pinsky, president of the Educational Commission for Foreign Medical Graduates.

Pinsky says President Trump’s executive orders have created new unknowns in the visa process for foreign medical graduates — and the ambiguity puts the residency programs, as well as the applicants, in a bind. Though the training programs rank applicants according to their merits and qualifications, the matching system hinges on these young doctors being available and ready to start caring for patients in July. Many residency programs can’t risk having an empty seat because of visa processing delays.

“Program directors have to weigh various factors of applicants, from their medical knowledge, ability to communicate, their observed level of empathy, their leadership capabilities — and their ability to be available when July 1 comes,” Pinsky says.

He estimates that roughly 300 to 400 applicants this year from the countries covered by the White House executive orders would now need to apply for a visa — or change or renew the one they have — to train in the U.S.

“I have talked to a few program directors that were probably going to rank individuals from these countries lower on their preference order than they would have otherwise,” Pinsky says.

About 1800 people from these countries are already in medical residencies in the United States.

Further complicating this year’s “match week,” most residency programs ranked their preferences of applicants on February 22 — in between the issuing of the first and second executive orders on travel restrictions. Those match decisions are to be released Friday, March 17.

“The timing and uncertainty of the executive order could not have come at a worse time,” Pinsky says.

The first White House executive order restricting travel came out in January and applied to seven Muslim majority countries: Iran, Iraq, Libya, Somalia, Sudan, Syria and Yemen. The more recent version, announced in early March, removed Iraq from the list. It bans new visas from the remaining six countries for 90 days, but also includes some exceptions that allow U.S. entry — such as for lawful permanent residents of the U.S. and those with other valid documents.

The Educational Commission for Foreign Medical Graduates, which is based in Philadelphia, is responsible for certifying all international graduates who wish to apply for residency and practice medicine in the U.S. This involves administering qualifying exams and overseeing other background checks. ECFMG is also closely involved in the visa process, as a main sponsor of J-1 clinical visas for international graduates — the most common type of visa granted for training and practicing medicine in the United States. A smaller number of institutions may directly sponsor residents through an H-1B visa.

“If someone has a visa, as I understand, even though they’re from one of these six countries, it’s not an issue,” Pinsky says.

Even so, it’s still unclear who is eligible to get a visa or how long it will take. His organization is awaiting clarification from the federal government on that process and whether, as before, the process can be expedited in order to be completed by the start of a medical residency.

Dr. Atul Grover, vice president of the Association of American Medical Colleges, says large residency programs may be less affected by the executive orders than small ones.

“I think our bigger institutions, like Penn and CHOP [Children’s Hospital of Philadelphia], have very much said, ‘Just on principle we’re going to rank these people if we think these are the best people,’ ” Grover says.

“You know, if I’m Penn and I’ve got an internal medicine class of like 45 residents, maybe I can take more of a chance. If one resident doesn’t come maybe I can figure it out.” (Indeed, a spokesperson from Penn tells Shots they don’t think the executive order will impact the institution’s ability to train residents who match there.)

But waiting for somebody’s visa to come through can be a greater risk for smaller programs, Grover says. “You can’t afford to lose 10 or 25 percent of your class. It’d be a big gamble for them.”

Dr. Robert Wimmer heads a small pediatric residency program at Einstein Medical Center in North Philadelphia, and says about half the residents there are medical graduates from another country. The program can’t afford to accept someone in their new class of 10 if there’s a chance they might not be able to start in July because of visa issues.

“It’s unfortunate,” Wimmer says. “Many work their tails off to get to the U.S. We might be losing a lot of talent.”

While the United States has long been known as an epicenter for top medical research and care, Pinsky worries that reputation and the whole system could suffer if an uncertain immigration climate discourages young doctors from trying to train and practice in the United States.

“There could be an issue of access to health care as well as a quality situation,” he says.

Rabiei says he and his Iranian peers are trying to stay positive.

They feel encouraged by the support they’ve received from colleagues and their universities.

“When you try so hard to get to your dream, and all of a sudden you feel that there are some issues — unexpected problems — it’s a really bad feeling,” he says.

Rabei won’t know until Friday exactly where he’ll be a medical resident, but he was thrilled to learn Monday that he has been offered a position by at least one institution. He knows other Iranians who were not so lucky.

This story is part of NPR’s reporting partnership with WHYY’s The Pulse and Kaiser Health News.