By on March 22, 2017Comments Off on Theresa May suggests UK health services could be part of US trade deal – The Independent

Theresa May has left the door open for the greater involvement of US corporations in British healthcare as she arrives in America to lay the groundwork for a future trade deal.

Ms May would only say that she was committed to a health service that is free at the point of delivery, but made no comment on whether the NHS would be off the table in any future talks.

Trade and the UK’s economic relationship with the US will be one of the key pillars of the Prime Minister’s visit to Philadelphia and Washington DC. 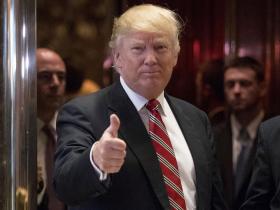 Asked whether health services might form a part of a potential deal, she said: “We’re at the start of the process of talking about a trade deal. We’re both very clear that we want a trade deal.

“It will be in the interests of the UK from my point of view, that’s what I’m going to be taking in, into the trade discussions that take place in due course.

Asked again whether the NHS would be off the table she said: “As regards the NHS, we’re very clear as a Government that we’re committed to an NHS that is free at the point of use.”

The statement left open the possibility of the greater involvement of US firms in healthcare, as long as people do not have to pay for the services they provide at the moment they are received.

A Number 10 spokesman said later: “The NHS will never be part of a trade deal and will always remain free at the point of delivery.”

Liberal Democrat Leader Tim Farron said: “The public were told Brexit would mean another £350m a week for the NHS, not that our health service would be opened up to US firms.

“Theresa May must immediately clarify that the NHS will not be up for sale in any future negotiations with Trump. Hollowing out our health service in the name of a trade deal with the US would be an utter betrayal of most of those who voted to leave the EU.”

One of the key factors that led to opposition to the TTIP trade deal between the US and EU was fear over whether it would open up the NHS to vast multi-national corporations who might put the profits ahead of patient care.

Ms May faced repeated questions in the Commons on Wednesday, with Labour Leader Jeremy Corbyn urging her to rule out any deal that would give US giants a toehold in British healthcare.

The SNP also raised concerns that a deal could see UK supermarkets stocked with foods that do not meet current safety standards.

Theresa May suggests UK health services could be part of US trade deal – The Independent added by on March 22, 2017
View all posts by →