By on March 20, 2017Comments Off on Stephen Hawking could soon become a verified astronaut – Wired.co.uk

In 1973, The Large Scale Structure of Space-Time was published on the theoretical physics of spacetime. It examined the nature of infinite expansion of space, as well as the consequences of Einstein’s General theory of relativity. Written by Stephen Hawking and George Ellis, it was to help pioneer our understanding of the Universe. Now, in 2017, the bridge between theory and reality is being crossed, as Professor Hawking announces his plans to travel into space. 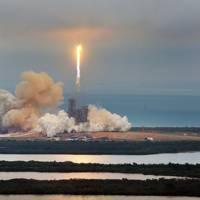 The physicist and Cambridge alum, 75, has been offered a ride on Sir Richard Branson’s Virgin Galactic space flights. In an interview with Good Morning Britain, Hawking revealed: “I thought no-one would take me but Richard Branson has offered me a seat on Virgin Galactic, and I said yes immediately.”

The announcement comes just weeks after Elon Musk’s company SpaceX announced plans to send two space tourists to the Moon and back in 2018. Unlike these two anonymous individuals, who are said to have paid an unspecified but ‘significant’ amount for the journey, Hawking’s ride is complimentary.

Virgin Galactic’s SpaceShipTwo is a reusable, winged spacecraft designed to carry up to eight people, including two pilots, into space. This model is specifically designed to carry ‘space tourists’. While the ships don’t go into orbit, all those on board will be granted official astronaut status once reaching space.

In February last year, Hawking unveiled the name of the new SpaceShipTwo craft – the VSS Unity – at a launch ceremony at the Mojave Air and Space port. While he didn’t attend the event, he announced the name in a four-minute recorded video, saying: “It will help bring new meaning to our place on Earth and to our responsibilities as its stewards, and it will help us to recognise our place and our future in the cosmos — which is where I believe our ultimate destiny lies.”

In an announcement by the Virgin group in 2015, Sir Richard Branson said: “Professor Stephen Hawking is one of the people I admire most in the world, an undisputed genius who has opened our eyes to the wonders of the universe, while also happening to be a kind and delightful man. He is the only person I have given a free ticket with Virgin Galactic, and he is signed up to fly as a Future Astronaut with us if his health permits it.” 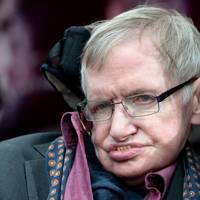 Hawking’s Virgin Galactic flight will be a culmination of years of dedication to exploring the workings of the Universe.

Since his diagnosis with a rare early-onset form of amyotrophic lateral sclerosis (ALS) in 1963 at the age of 21, Hawking has made revolutionary discoveries in his field, including that of Hawking radiation. At the time of his diagnosis, doctors gave him just two years to live. Now, roughly fifty years later, Professor Hawking again defies the limitations of his illness by pursuing his desires to travel into space.

Hawking has often spoken in the past of the unifying power of space exploration, particularly in regards to the workings of government bodies on Earth. In his interview with Good Morning Britain, Hawking further explored ideas of unification in regards to the UK’s decision to leave the EU. Hawking was originally in opposition to plans to leave the EU, and has since maintained that the UK shouldn’t plan for “a hard Brexit, as the right wing of the Conservative party want.”

He warned that leaving Europe “threatens Britain’s status as a world leader in science and innovation.”

Stephen Hawking could soon become a verified astronaut – Wired.co.uk added by on March 20, 2017
View all posts by →