By on March 13, 2017Comments Off on Private firms helping NASA wean itself off the Russians – Washington Examiner 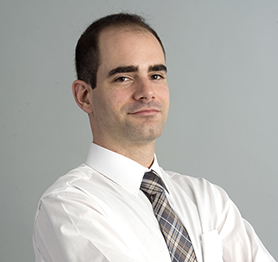 Mankind is once again on the verge of traveling to the moon thanks to private companies who now play a leading role in the future of space exploration. And these partnerships are opening a path by which NASA can shed its expensive dependence on Russia.

At the end of last month, SpaceX announced it will send two private citizens who paid a “significant deposit” around the moon and back to Earth. If successful, the flight would be the farthest distance any human has flown from Earth.

Through successful resupply missions to the International Space Station, Tesla CEO Elon Musk’s SpaceX and United Launch Alliance, a joint venture of defense contractors Boeing and Lockheed Martin, have already proven that commercial enterprises can assist the space program. The next step, before the moon shot, is for these private ventures to send people up to the space station 220 miles above the Earth.

The future looks bright for space flight in the halls of the U.S. Capitol. Brendan Curry, vice president of Washington operations for the Space Foundation, told the Washington Examiner that while the general climate in politics continues to be a toxic one after a contentious 2016 election, space exploration enjoys “bipartisan support.” He pointed to the fact that the House just passed the NASA Transition Authorization Act of 2017, which appropriates $19.5 billion to the agency, the first time in more than six years that both chambers of Congress passed a NASA authorization bill. The bill, as of press time, now just needs President Trump’s signature.

There are signs that the government is supportive of renewed U.S. leadership in space, but less certain is the role of up-and-coming companies such as SpaceX. NASA, after all, has its own program to return to space, the Space Launch System, which has been in development for years, and for which the manufacturing is being handled by longtime space partners such as Boeing.

The timing of SpaceX’s mission to the moon is notable because it came only days after it was reported that NASA’s acting administrator, Robert Lightfoot, sent a note to employees pushing to speed up the process of putting a crew on an SLS flight as part of a preliminary test flight of a jumbo rocket attached to a Orion capsule in late 2018.

In that letter, Lightfoot mentioned that after meeting with Trump’s’ transition team that NASA is a “priority” for the administration.

NASA’s space shuttle program saw its final liftoff in the summer of 2011, and ever since then, the agency has paid hundreds of millions of dollars to Roscosmos, the Russian space agency, for seats on flights launching from Kazakhstan to the ISS.

If a series of SpaceX and ULA test flights and demonstrations scheduled for 2017 into 2018 is successful, then NASA has said it will certify the companies for crew rotation missions and end dependence on the Russians. While SpaceX has touted its plans to fly people into space as way to save NASA money in the long term, the space agency is still taking an expensive risk. NASA paid Boeing $4.2 billion and SpaceX $2.6 billion through contracts in its Commercial Crew Program.

Bostic will be responsible for regulating banks in the region.

The SpaceX moon mission has the support of the chairman of the House Space Subcommittee, Rep. Brian Babin, R-Texas.

“I’m a strong advocate of private companies doing bold things in space,” Babin said in a statement to the Washington Examiner. “If SpaceX wants to go to the moon, I fully support that and look forward to working with them. We want to ensure there is a framework in place to enable them to succeed.”

Not all are convinced SpaceX can pull off an orbit around the moon by next year. As recently as last September, SpaceX experienced a setback when one of its Falcon 9 rockets exploded on the launchpad due to a fuel tank problem.

Jason Davis of the Planetary Society points out that SpaceX has consistently missed deadlines it has set for itself. He also noted a Government Accountability Office report from February that says the company is in jeopardy of not being certified by NASA for crewed flight until 2019 if hit by delays.

Another way the U.S. is poised to end Russian dependence is through the next generation of rocket engines.

King said that he wasn’t calling for more white people in the United States or criticizing diversity.

A different company with an eye toward the stars, Blue Origin, revealed progress last week on a venture aimed at saving the U.S. from paying Russia millions of dollars for its RD-180 rocket engines used to send send payloads such as military satellites into space.

Amazon CEO Jeff Bezos, who also founded Blue Origin, tweeted out photos of the company’s first fully assembled BE-4 engine and said two more are on the way.

According to its website, Blue Origin, which is working with ULA to develop the rocket engines, will not only save U.S. taxpayers $3 billion in national security launch costs over the next 20 years, but also the “BE-4 is the only engine that can fly by 2019, meeting the congressionally mandated deadline to eliminate dependence on Russian-built engines.”

In Congress, Curry said there is little appetite for continued reliance on the Russians for access to space. “As Americans we don’t like to be relying on anybody else for anything,” he said.

Arizona Sen. John McCain, chairman of the Armed Services Committee, has condemned U.S. dependence on Russia’s rocket engines, the purchase of which he has said provides funds to “cronies of [Russian President] Vladimir Putin.” Last year the Republican lawmaker pushed to limit the Air Force to buying only nine RD-180s as part of the National Defense Authorization Act, half the amount the Air Force had requested. But he eventually agreed to compromise on the full 18 request, as that was the number agreed to in the House version of the bill, while declaring victory on a 2022 deadline after which the Pentagon would no longer be allowed to purchase the RD-180s.

That result was a mixed bag for SpaceX, which lobbied Congress to ban the purchase of RD-180s by 2019. SpaceX, which makes its own rockets, contributed thousands of dollars toward McCain’s and others campaign efforts in 2016, according to OpenSecrets.

As it stands now, SpaceX’s mission to the moon, using a Falcon Heavy rocket and Dragon Crew spacecraft, would take off from Kennedy Space Center’s Pad 39A near Cape Canaveral, the very same launch pad used by the Apollo program for its lunar missions. If that is a success, the company has its sights set even farther into space.

“These missions will build upon that heritage, extending it to deep space mission operations, an important milestone as we work towards our ultimate goal of transporting humans to Mars,” the company said in its press release.

The notion of traveling to Mars has even led to some talk about making this solar system’s fourth planet habitable for human life. During a recent workshop, NASA’s Planetary Science Division Director Jim Green floated the idea of creating a “magnetic shield” between Mars and the sun that would restore the planet’s surface, which once boasted flowing water, by helping to block out solar wind and radiation.

A day after SpaceX’s announcement, Trump slipped in a subtle reference to the prospects of interplanetary travel by America’s 250th birthday on 2026.

“Imagine the wonders our country could know in America’s 250th year. Think of the marvels we can achieve if we simply set free the dreams of our people. … American footprints on distant worlds are not too big a dream,” Trump said.

Please enter your information below to begin receiving the Examiner Today newsletter.

You must enter a valid email address in the field above!

Thank you for signing up for the Examiner Today newsletter! You should receive your first newsletter very soon.

We’re sorry, there was an error processing your newsletter signup. Please click here to visit our Newsletter Signup Center to register for this newsletter.

Sign up for the Examiner Today newsletter which delivers a must-read briefing with exclusive reports and cutting-edge insights direct to your mailbox.

Private firms helping NASA wean itself off the Russians – Washington Examiner added by on March 13, 2017
View all posts by →