Duke needs one more big energy boost to have a chance to claim an Atlantic Coast Conference Tournament championship.

The No. 14 Blue Devils have used a couple of comebacks to reach this stage and they’ll match up with No. 22 Notre Dame for the title Saturday night at Barclays Center in New York.

A Duke victory would make the fifth-seeded Blue Devils (26-8) the first team to win four games in four days to win the ACC Tournament. The tournament’s No. 5 seed has never won it all, even when it was just a three-day event.

“We’re going to try to be the first one to do that,” Duke coach Mike Krzyzewski said. “I didn’t know if we had the energy (in the semifinal). I hope we have some (Saturday night).”

Duke’s 93-83 semifinal victory against rival North Carolina, which was the regular-season champion, involved a comeback from a 13-point, second-half deficit Friday night. The Blue Devils rallied from 12 down a day earlier to oust Louisville in the quarterfinals.

The Irish have won the ACC Tournament only once, but they’ll be aiming for their second title in three years. They topped Duke in the semifinals two years ago on the way to the title, then upended the Blue Devils in overtime in last year’s quarterfinals.

The Irish are 6-0 in the Barclays Center in less than a year’s time, including two triumphs in last year’s NCAA Tournament and two more earlier this season in the Legends Classic.

“It’s a blessing,” Notre Dame forward Bonzie Colson said of reaching the final. “We’re really excited, especially to be in this building.”

When the teams met this season, Krzyzewski was out following back surgery, with associate head coach Jeff Capel filling in.

Duke lost three of its final four games of the regular season, but seems to have found its stride. Part of that comes with a couple of strong games from Grayson Allen, who appeared to be in a funk in the tournament opener, and a boost from freshman reserve Harry Giles.

“Our kids have guts and Grayson is back to being a great player,” Krzyzewski said.

“Those minutes by Harry were huge,” Jefferson said. “They were the biggest minutes of the game and that helped change the game in our favor.”

Duke has an all-time ACC Tournament record of 98-44, a mark that includes the most wins of any team. The Blue Devils look to add to their record 19 ACC Tournament championships, which is one more than North Carolina.

Krzyzewski has directed 13 league tournament titles, so another would move him out of a tie with former North Carolina coach Dean Smith for the most in ACC history.

“If we keep fighting and playing like this, we’ll have a chance,” Jefferson said. “It’s about fighting and (Saturday is) going to be another fight. We’re going to need everybody to come ready, to leave their hearts out on the floor one more time.” 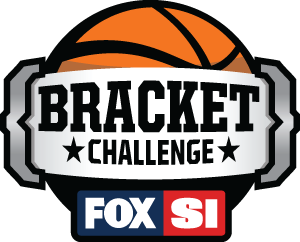