Is LaVar Ball bad at basketball? 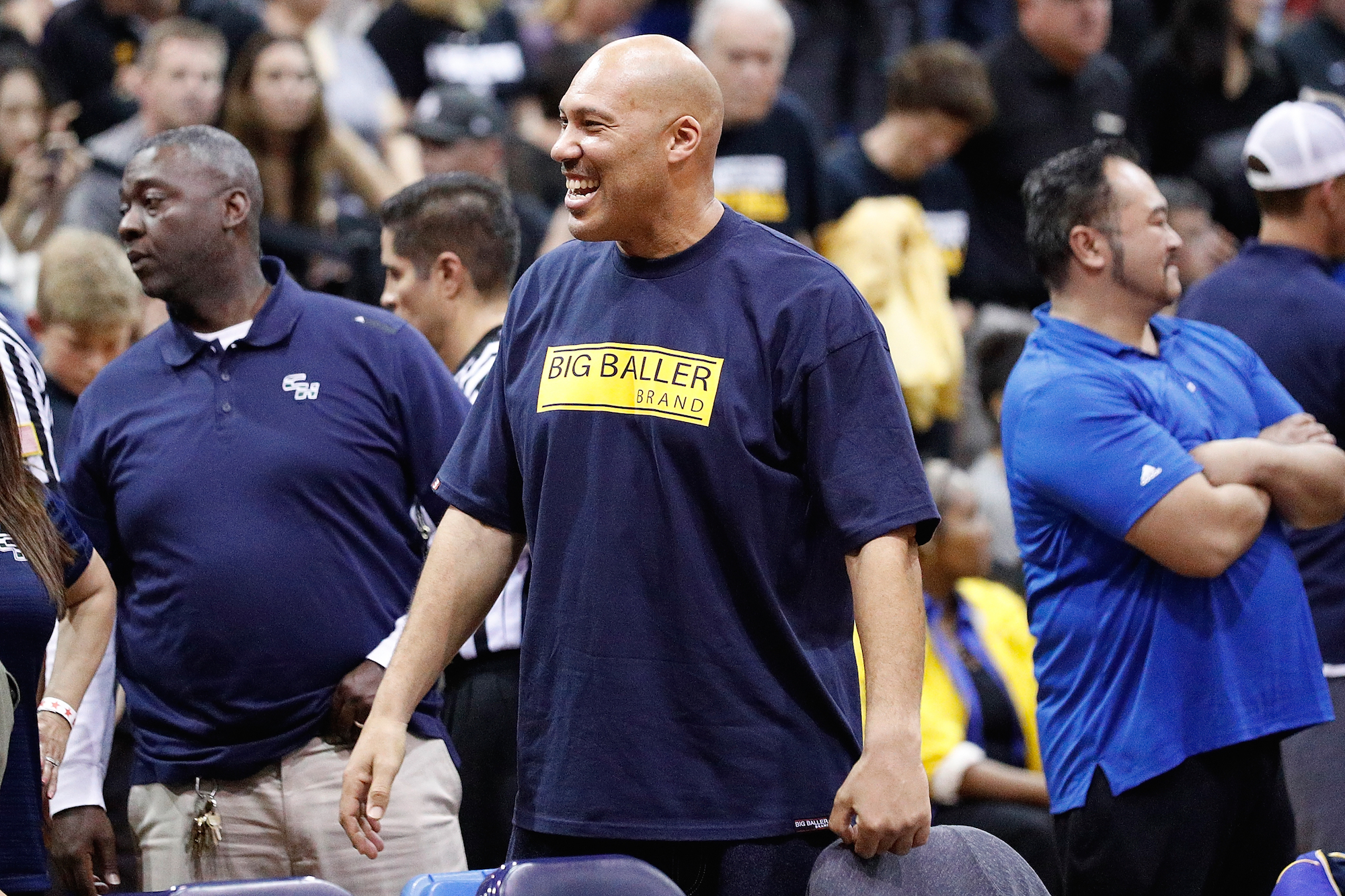 Obviously, not a single person on this green earth believes that Professional Sports Dad LaVar Ball could beat Michael Jordan at any version of basketball. But considering he played in college, could he possibly be as awful as this video suggests? Either way, you can bet on Stephen A. Smith’s head exploding when he watches the clip.

South Carolina has already become the sweetheart of this year’s NCAA Tournament, and Darius Rucker’s tears of joy as the game ended makes it even easier to root for the Gamecocks as they play in their first Final Four.

After a 137–125 win over the Thunder on Sunday, the Rockets used Drake’s album cover to get in a savage dig at Russell Westbrook’s triple double.

Lovely Lady of the Day

Danny from Pittsburgh wrote in and asked if we’ve ever featured Melina Martin. We have, but that was a long time ago, so she’s due for another LLOD run (click for full-size gallery).

Michael Rosenberg on how UNC’s Luke Maye—who joined the team as a walk-on—​etched his name in NCAA Tournament history … Kentucky fans burn stuff after loss to North Carolina … South Carolina coach Frank Martin excels in the underdog role, considering how hard he had to try to convince his now-wife to go on a date with him … Viewers in Ohio missed the thrilling end of the Kentucky-UNC game when their TV feeds suddenly failed … Floor sweeper was the real MVP of Xavier-Gonzaga.

Is the war on leggings heating back up?

A United Airlines gate agent in Denver turned away multiple women wearing leggings as they tried to board a flight Sunday. Apparently, they were using employee companion passes but their leggings didn’t adhere to the company’s dress code. Man, I really thought as a nation we were over this leggings-as-pants debate. One step forward, two steps back.

(Why yes, that was a terrible “Home Improvement” pun.) The Grand Rapids Griffins should win an award for this video.

Song of the Day

Because there’s only one more episode left of HBO’s “Big Little Lies.” If you’re not into watching the show, at least check out the top-notch soundtrack.

Email andy_gray@simail.com with any feedback or ping him on Twitter. Click here for previous editions of Hot Clicks. Visit our Extra Mustard Page throughout each day for more offbeat sports and pop culture stories. Also check out the SwimDaily Page for the latest updates and Instagram pictures of models who have appeared in our issues.