Laptop ban ‘mystery’: Why did the US and UK choose different countries – CNNMoney

By on March 25, 2017Comments Off on Laptop ban ‘mystery’: Why did the US and UK choose different countries – CNNMoney 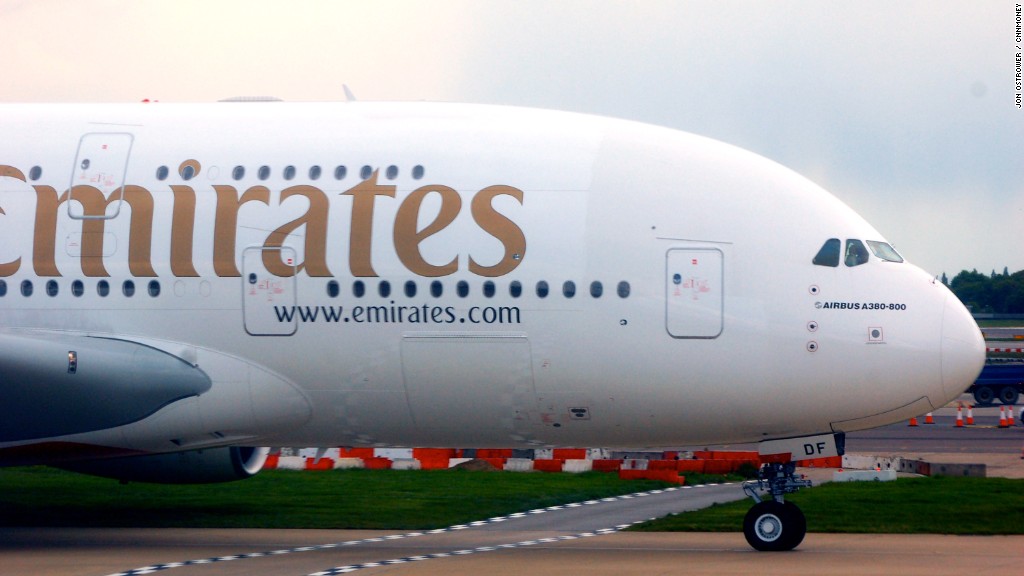 The U.S. and U.K. governments stunned the world this week by declaring passengers would be forbidden from carrying many electronic devices aboard flights from airports across the Middle East and North Africa.

The sudden moves, attributed to fears terrorists could plant explosives in devices bigger than a smartphone, left airlines scrambling and travelers confused about what to do with their laptops and tablets.

One of the biggest unanswered questions is why the U.S. ban covers several countries that the U.K. ban doesn’t. Four countries included in the U.S. list — the United Arab Emirates, Qatar, Kuwait and Morocco — are absent from the U.K. restrictions.

The difference is “a mystery,” said Tim Clark, the president of Emirates Airline, who adds that its security practices have generally received high marks from other countries. The company’s Dubai International base in the UAE is one of the busiest airports on the planet.

“It seems that the British government regards our secondary screening methodologies as best in class, particularly as they have audited our procedures and security training on an ongoing basis,” he told CNNMoney by email. The Department of “Homeland Security and TSA also regard our procedures as excellent and we have coordinated and worked with them since we began flying to the U.S. in 2004.”

A flyer, for example, can depart Houston (a popular Emirates destination for oil executives) for Dubai, laptop in hand. But on the return leg — all 16 hours and 15 minutes of it — that same laptop has to ride in the belly of a Boeing 777.

The same traveler, however, could instead fly to London with Emirates and switch to a U.S. or U.K. airline back home across the Atlantic and avoid these new electronics restrictions.

U.S. and British officials say they acted individually in the best interests of their citizens.

“Each country makes decisions based on a variety of criteria and considerations, from political to diplomatic to economic to security and others,” said David Lapan, Acting Deputy Assistant Secretary for DHS on Friday.

“Our decision to implement additional security procedures at selected airports was based on our assessment of the threat environment and our mission to protect air travelers from the threat of terrorism,” he added.

But some powerful voices in the Gulf believe that the U.S. put the UAE and Qatar on the U.S. list to protect U.S. airlines.

“There is no doubt that a significant reason behind the electronic ban is to stifle competition from Gulf airlines, and to encourage U.S. bound passengers to fly on American carriers,” wrote Sultan Al Qassemi, a prominent Emirati commentator, in an article for the Middle East Institute this week.

DHS has denied that protectionism had anything to do with the ban.

Dubai Airports chief executive Paul Griffiths said the UAE has stepped up security checks at the request of the U.K. government, which stopped short of a full ban like the U.S.

Emirates is one of a trio of rapidly expanding Middle Eastern carriers known as the ME3. The other two are Etihad Airways in Abu Dhabi, the capital of the U.A.E., and Qatar Airways. Each airline is an arm of their respective government, supported with billions of dollars in funds and given every advantage in their home bases.

They also enjoy unfettered access to flying to the U.S., just as U.S. airlines do to Qatar and the U.A.E. through Open Skies treaties. The ME3 carriers have exploited their position at the crossroads of Europe, Africa and Asia to act as a single stop between almost any two major points on the planet.

Their aggressive moves include opening up two transatlantic routes from Dubai which stop through Milan and Athens to New York. That has upset the big U.S. carriers who say the subsidized carriers are exploiting agreements to steal passengers who would otherwise cross the Atlantic on their airlines.

Delta Air Lines (DAL), United Airlines (UAL) and American Airlines (AAL) have renewed a push for the State Department to review the Open Skies treaties to determine if the state support enjoyed by the ME3 creates an unfair advantage.

But have corporate jockeying and politics crossed over into the realm of security policy? The discrepancy between the U.S. and U.K. bans has experts demanding answers.

“Assuming there is dangerous new technology, a terrorist could just as easily inflict damage when flying to the US or the UK from any airport anywhere in the world — including Europe or even within the US or UK — not just those in the Middle East,” wrote Greeley Koch, executive director of the Association of Corporate Travel Executives in a statement.

“Answers are needed now. Without further explanation,” he said, “these new restrictions will only breed skepticism of the government’s perception of business travel.”

One senior U.S. aviation official said the ban’s targets were not chosen for political reasons and that the DHS and TSA officials implementing the new restrictions are career personnel with little awareness of, or regard for, the fierce competition between international airlines.

John Cohen a former counterterrorism coordinator for the Department of Homeland Security, said on NPR on Thursday that imposing new security restrictions on the ME3 for political reasons would be a “grotesque abuse of authority.”

He pointed to a lack of communication and nagging distrust of information from the Trump Administration as contributing to the confusion.

However, one U.S. congressman suggested the discrepancy may lie with the U.K. It placed restrictions on six nations, four of which are on the U.S. list.

“We can’t dictate what our foreign partners do,” said Rep. John Katko of New York, who was briefed on the ban. “All we can do is share the facts with them.”

“The U.S. Administration will take decisions about how they should best protect their citizens. We do not always have to take exactly the same decisions on behalf of both our countries. We have done what we think is right for the United Kingdom.”


Laptop ban ‘mystery’: Why did the US and UK choose different countries – CNNMoney

Laptop ban ‘mystery’: Why did the US and UK choose different countries – CNNMoney added by on March 25, 2017
View all posts by →