How Paris Saint-Germain got it all wrong and blew a 4-goal lead to Barcelona – FOXSports.com

By on March 9, 2017Comments Off on How Paris Saint-Germain got it all wrong and blew a 4-goal lead to Barcelona – FOXSports.com

Paris Saint-Germain went into the second leg of their Champions League tie against Barcelona up 4-0. They were sitting on a lead that had never previously been overturned in Champions League history, having dominated Barça in the first leg, and all they needed to do was avoid Barcelona hanging five goals on them. Six, if they could grab a goal of their own.

It was the simplest of tasks. And they couldn’t do it.

From the start, PSG sat too deep. This was a team that beat Barcelona in the first leg because of their aggressive pressing. They were madmen, never giving an inch, pushing pace and being as physical as possible to play as far up the pitch as possible. But in the second leg they completely abandoned it, instead putting as many men behind the ball as they could and letting Barcelona come to them. It was a failure, and entirely indefensible.

It took Luis Suarez three minutes to get Barcelona going and the early goal clearly rattled the French side. They never looked settled in the Camp Nou, and it showed in both their approach and their execution. Not only did manager Unai Emery get the tactics wrong, not a single player on PSG’s team really stepped up to the task, with perhaps the exception of Edinson Cavani.

That’s not to take anything away from Barcelona. They were absolutely phenomenal on the night, and the Spanish champions did just about everything right against PSG. They flowed into the visitor’s half from the opening minute, and they set up camp in that dangerous area for the vast majority of the match. They completely dominated possession, and won the ball back instantaneously nearly every time they lost it. They took full advantage of PSG’s nervousness, disorganization, and their tentative approach, and they made them pay for every single mistake they made. But PSG did make all those mistakes, and they got their approach all wrong just the same.

“When we analyze it, it is true that we have missed a major opportunity,” Emery said afterward. “The first half was our fault and we didn’t manage to press or do things with the ball. We defended very deep and they had more chances to score. We made mistakes for the two first-half goals.”

Emery specifically addressed PSG’s two weakest areas on the day: Their inability to press on the defensive side of the ball, and their failure to do anything with the ball once they did regain possession.

The brunt of the responsibility for those two key elements fell on PSG’s midfield, and it was there that the Parisians failed the most comprehensively. Everything they did right in the first leg was nowhere to be found in the second leg, and it was a wildly different story in Barcelona than was told in Paris.

Emery retained the same midfield he used in the first leg matchup, with the exception of Lucas Moura coming in for two-goal hero Angel Di Maria. The central core of Blaise Matuidi, Marco Verratti, and Adrien Rabiot remained though, and the latter two were particularly off their game on the day. Not only did they lack the energy and defensive effort of the first match, the young midfielders were both guilty of giving away the ball over and over again in dangerous areas, making it unnecessarily easy for Barça in the middle of the pitch.

With the midfield’s inability to ease pressure on the defense in possession, cover them defensively, or provide service to the wide players and Cavani up front, it was an uphill battle from the start for PSG.

PSG’s defense especially suffered for it, and the individual mistakes they made compounded the match even further. It was a pure shambles for Luis Suarez’s first goal, and the disorganization for Barcelona’s second (coming off Kurzawa for an own goal) was incredible. PSG’s misery was even further compounded when Thomas Meunier’s inexplicable challenge on Neymar led to Messi’s penalty for the third. 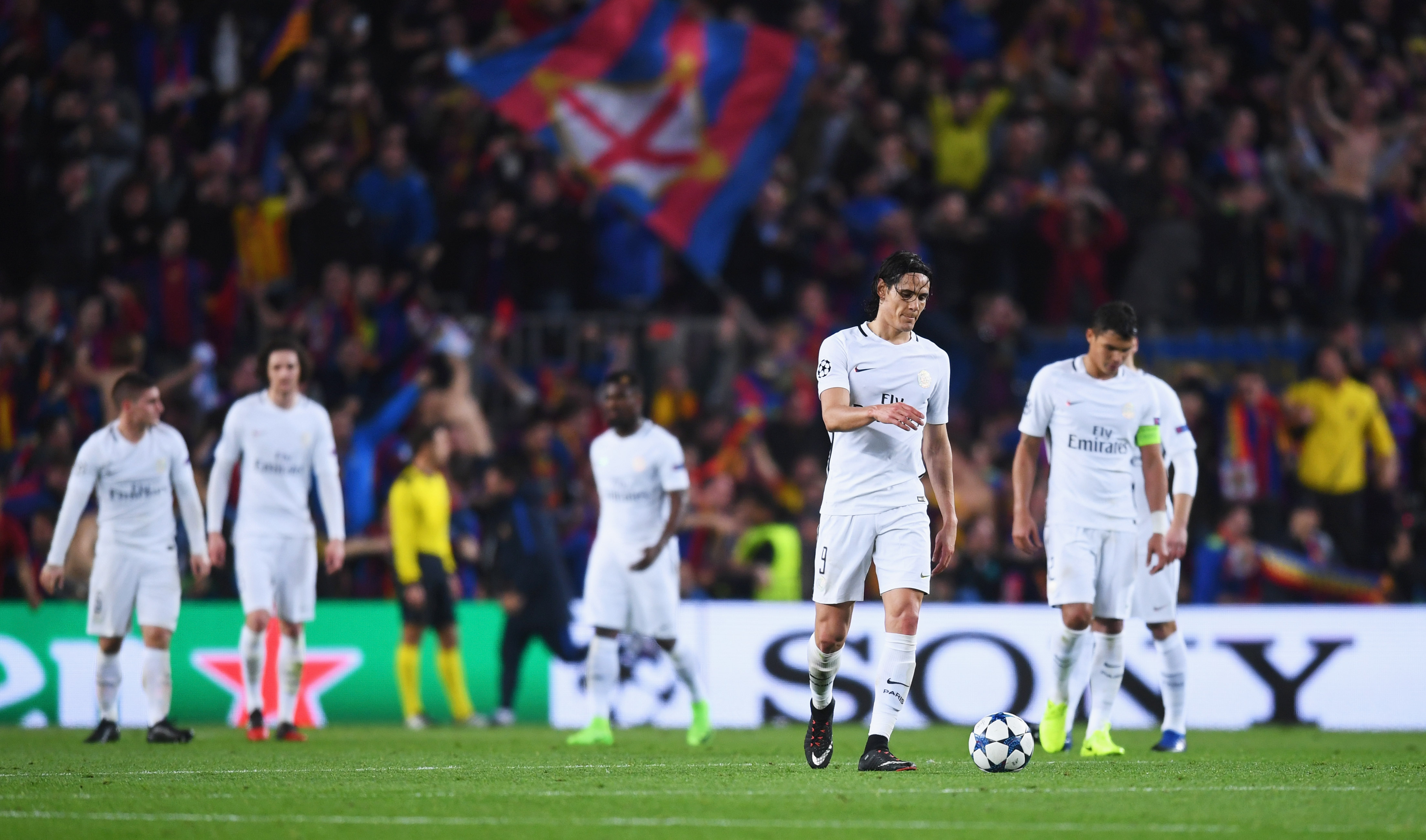 Barcelona’s fourth and fifth goals can’t really be blamed on anyone but providence, but PSG’s approach until that point invited Barcelona to pull off the impossible. Neymar’s unstoppable free kick deserved every single one of the plaudits it got, and although the penalty call was more than a bit questionable, it was a product of the visitors’ inability to properly clear their lines, organize as a unit, and get pressure on the ball.

As improbable as it was, Sergi Roberto’s incredible last-minute winner seemed inevitable. PSG tried to soak up Barcelona’s pressure for way too long, they couldn’t hold the ball, and they provided absolutely no threat on the counter for Barça to worry about. They played afraid, just hoping to see out the 90 minutes instead of pressing to take it to Barcelona like they did in the first leg, and they were punished for it in the worst way.

From 4-0 up and getting everything right, to out of the Champions League in historic fashion because you got everything wrong. Life really does come at you fast. 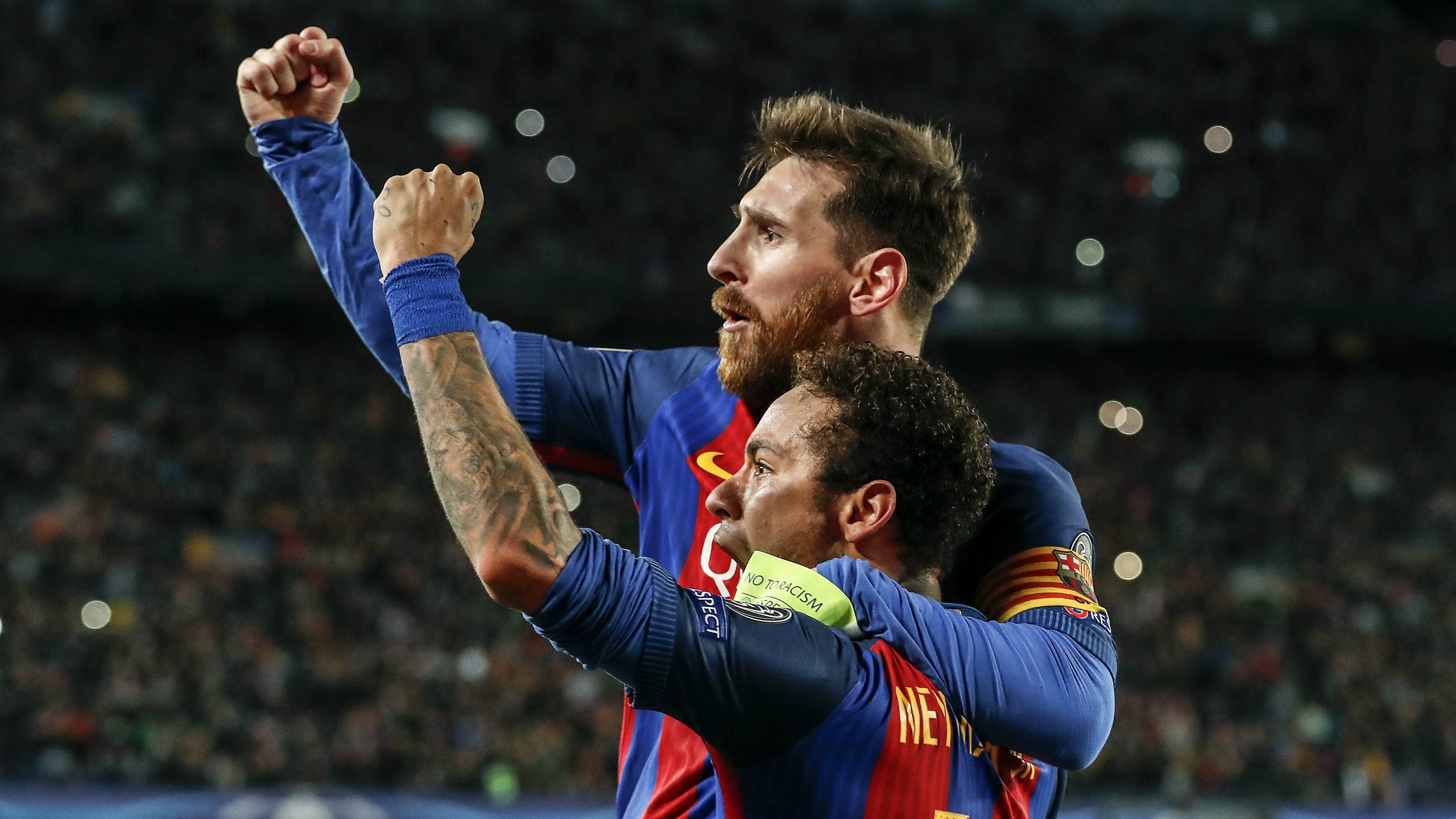 
gallery:
The best photos from Barcelona’s crazy win over PSG

How Paris Saint-Germain got it all wrong and blew a 4-goal lead to Barcelona – FOXSports.com

How Paris Saint-Germain got it all wrong and blew a 4-goal lead to Barcelona – FOXSports.com added by on March 9, 2017
View all posts by →