By on March 26, 2017Comments Off on Dozens injured in UK gas explosion – RTE.ie

Two people were seriously injured and 32 others are in hospital after several buildings collapsed in a suspected gas explosion in the UK.

Emergency services were called to the “major incident” in Bebington, on the Wirral, last night.

North West Ambulance Service said two people were in a serious condition in hospital, while 32 others were being treated for minor injuries.

Several properties, including one thought to be a dance studio, had collapsed, Merseyside Fire and Rescue said.

Debris could be seen in footage scattered along the road.

Around 20 people have been evacuated from houses in the surrounding area and moved to a nearby church, the ambulance service added. 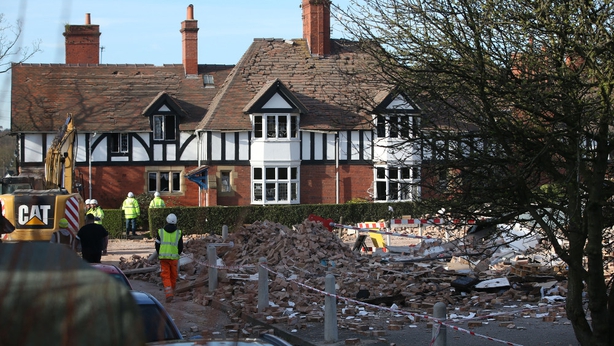 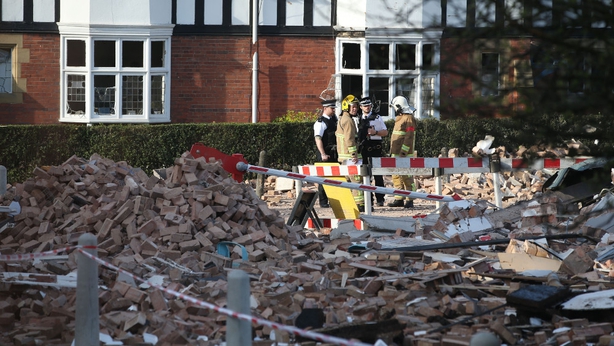 Fifteen people were taken to hospital by paramedics, while a further 15 took themselves to hospital, the spokeswoman said.

The two seriously injured people are being cared for at Aintree Hospital.

The incident was said to have happened in Boundary Road, Port Sunlight, at around 9.15pm, with emergency services on the scene shortly after 9.20pm.

Those whose homes have been evacuated will face a considerable wait before they are allowed to return, a spokesman for the fire service said.

Dan Stephens of Merseyside Fire and Rescue told reporters: “This incident is likely to be protracted, this is likely to last several days.

“Very significant damage as you can tell, so it will be some time before people will be allowed back into their houses.”