By on March 20, 2017Comments Off on Chuck Berry’s Family Move Forward With Planned ‘Chuck’ LP – RollingStone.com

Following Chuck Berry‘s death at age 90, the rock legend’s family is moving forward with the release of Chuck, his first new album in 38 years. 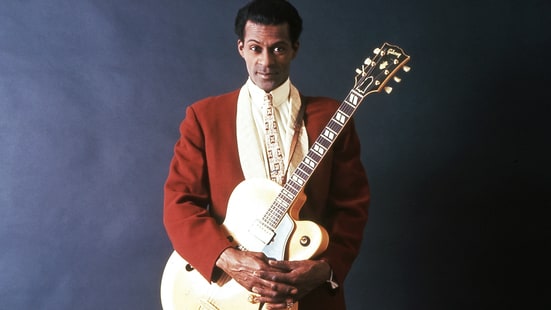 “Johnny B. Goode,” “Roll Over Beethoven” and other masterpieces that laid the groundwork for rock & roll as we know it

“Working to prepare the release of this record in recent months and in fact over the last several years brought Chuck a great sense of joy and satisfaction,” the family wrote in a statement on Facebook. “While our hearts are very heavy at this time, we know that Chuck had no greater wish than to see this album released to the world, and we know of no better way to celebrate and remember his 90 years of life than through his music.”

The Berry family noted that “plans have been in place” for months and that Dualtone Records will “reveal further details and music” from the LP later this week. “As a tribute to Chuck Berry, and with gratitude to his fans around the world, we will be following through on those plans in the coming days,” they wrote.

Berry originally announced Chuck, his first studio album since 1979’s Rock It, on his 90th birthday last October. He dedicated the LP, which features new, original material, to his wife of 68 years, Themetta Berry. “This record is dedicated to my beloved Toddy,” the guitar icon said in a statement. “My darlin’, I’m growing old! I’ve worked on this record for a long time. Now I can hang up my shoes!”